Will Aetna, Humana merger go through? 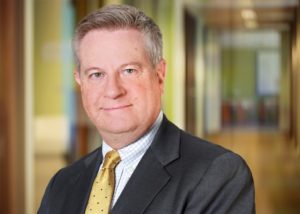 After Aetna’s proposed $37 billion acquisition of Humana was announced last year, the Justice Department (DOJ) was quick to raise opposition to the deal, and on July 21, filed an injunction in federal court against the merger. The same day, the DOJ also filed suit against Anthem and its proposed $53 billion purchase of Cigna.

DOJ officials informed the healthcare companies that their combination would raise a number of antitrust concerns, and expressed skepticism that those problems could be addressed through concessions.

Rob Fuller, Of Counsel at Nelson Hardiman, LLP, Los Angeles, California, who represents doctors and hospitals, notes a typical remedy would be to scale down the size of the business and have divestiture of certain part of the business. And that’s what Aetna tried to do.

For example, there were reports that Aetna was divesting Medicare Advantage assets over the course of recent weeks.

“Humana and Aetna have said that a major reason for the transaction is the combination of Humana’s Medicare Advantage business and Aetna’s commercial insurance business,” Fuller said. “By Aetna divesting a substantial amount of its existing Medicare Advantage assets, it tried to convince the DOJ that there still would be robust competition in that market after it acquires Humana.”