Recreational Marijuana in California May Be Only a Ballot Away 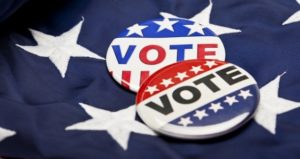 California may have been the first state to legalize medical marijuana, but it can’t boast that position when it comes to the recreational variety. Colorado, Washington, Oregon and Alaska have already sanctioned the use of recreational cannabis. However, California may join those states’ ranks if a recently-approved ballot meets with success in the fall.

The initiative to legalize recreational cannabis recently earned a spot on the November 8th ballot. According to the California Secretary of State, a random sampling of the 600,000 signatures supporting the measure sufficiently demonstrated its legitimacy. Among the initiative’s supporters are California Lieutenant Governor Gavin Newsom and former Facebook president Sean Parker. The initiative would permit individuals aged 21 and over to possess, transport and use up to one ounce of marijuana for recreational purposes. Additionally, it would allow individuals to grow up to six plants.

“Today marks a fresh start for California as we prepare to replace the costly, harmful and ineffective system of prohibition with a safe, legal and responsible adult-use marijuana system that gets it right and completely pays for itself,” says Jason Kinney, a spokesperson for California’s Adult Use of Marijuana Act.

Will the vote echo Prop 19’s, or is this a new song entirely?

Considering that an initiative to legalize recreational marijuana in California lost in the 2010 election (with 53% of voters voting no on Proposition 19), this may feel like déjà vu. But its supporters are confident that this time will be different.

The current measure involves additional regulation at the state level, proponents argue, as opposed to deferring the bulk of the management to local decisions. Furthermore, this initiative comes after California already has systems in place for regulating the production, distribution, and use of medical marijuana.

Taylor West is deputy director of the National Cannabis Industry Association; she helped host an NCIA conference in Oakland last month. “This is six years later,” she says. “We’ve already seen legalization pass and be successful in other states. So it’s a different world in talking about this issue than it was.” She also notes that the presidential election is expected to draw higher numbers of young, progressive voters than the 2010 midterm election. A shift in voter demographics can be a game-changer for the measure.

The Marijuana Policy Project has around 200,000 advocates across the country; Mason Tvert, one of the group’s spokespersons, shares West’s optimism regarding this year’s initiative. “We think voters in California are ready to end marijuana prohibition and replace it with a more sensible system,” he states. (And California isn’t alone in putting this issue before its voters: eight other states have similar marijuana measures on their ballots.)

Tvert doesn’t think the support for the legalization of cannabis in California will be limited to California residents. “We are moving to mobilize our supporters,” he adds. “There are folks throughout the country who recognize the importance of making marijuana legal in the largest state in the nation. There are a lot of folks who recognize that passage of these laws in other states will make it easier for their state to move forward.”

Campaign contributions or manning phone banks to encourage voters to hit the polls are some ways that Tvert expects out-of-staters to assist California in making this year’s measure stick.

To date, more than $3.7 million has been raised for the initiative by the campaign Californians to Control, Regulate and Tax Adult Use of Marijuana While Protecting Children. Major contributions have been received by Sean Parker, the advocacy group Drug Policy Action, and a committee subsidized by Weedmaps (an enterprise that connects consumers with cannabis dispensaries).

The other side of the recreational coin

It wouldn’t be a campaign without an opposing side, of course. The Coalition for Responsible Drug Policies is comprised of health and law enforcement groups including the California Hospital Association, the California Police Chiefs Association, and the California State Sheriffs’ Association. The Coalition argues that legalizing cannabis will result in greater numbers of drivers getting behind the wheel in a chemically-impaired state, and will also leave room for dealers of “harder” drugs to establish a foothold in the new industry.

The Association of Los Angeles Deputy Sheriffs State PAC and the Los Angeles County Professional Peace Officers Association are among groups that have contributed approximately $125,000 to the Coalition thus far. The disparity in campaign funds has not gone unnoticed, but the opposition coalition does not see that as portending failure. After all, it was a similar coalition that helped defeat Proposition 19 in 2010. “This campaign will be very similar to that of Proposition 19,” Tim Rosales, a spokesperson for the Coalition, says. “They have the money and we have the facts.”

And Rosales sees even more reason to be concerned about this year’s measure. He points out that the initiative on November’s ballot would overturn the ban on convicted methamphetamine and heroin dealers selling legalized recreational cannabis.

“The proponents were specifically advised by numerous law enforcement groups during the comment period about this huge flaw,” Rosales says, “but they deliberately chose to keep it in, and you have to ask ‘Why?’ Who is that provision for? They got it wrong. Again.”

Although at this point it can only be speculation as to whether or not that ban reversal will impede the measure, voters will have their say—and we will all know—soon enough.