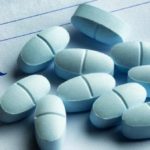 Opioid addiction in the United States has reached an all-time high, and drug overdose is currently the leading cause of accidental death in the country. An ongoing dialogue has Americans (and government officials) divided over how to address the epidemic: whether to focus on treatment and recovery, or on punitive measures.

Considering the risks to patients of being treated by an impaired physician, many believe that doctors with substance abuse issues should face punitive measures.

Peter Grinspoon, a doctor who abused opioids, faced disciplinary action as a result of his addiction: two years on probation, a suspension of his medical license, and a forced 90-day treatment program before getting his license reinstated. His treatment program helped him recover, and he ultimately wrote a book called “Free Refills: A Doctor Confronts His Addiction.”

David Kwiatkowski was a medical technician who reused syringes on patients after using them to inject himself with fentanyl, a powerful synthetic opiate analgesic. His actions caused a multi-state outbreak of Hepatitis C. He was sentenced to 39 years in prison.

But despite the catastrophic outcomes that occur when intoxicated doctors make poor decisions, some argue that an emphasis on treatment would be more beneficial to patients (and the addicted medical professionals) than punishment.

Experts at the Addiction Treatment for Health Care Professionals program at Hazelden Betty Ford Foundation, for example, are opposed to the criminalization of substance abuse in the workplace. They believe that such rhetoric discourages doctors from seeking the care they need – care that would ultimately prevent them from harming patients.

Drug testing physicians: to test, or not to test?

In 2014, voters in California voted on a proposal that would have required physicians to undergo random drug testing. It did not pass.

Supporters of mandatory, random drug testing in the medical field feel it’s necessary for patient safety to make sure that doctors, who have easy access to addictive substances, are monitored. Department of Health and Human Services (HHS) Inspector General Daniel Levinson, for example, co-wrote an op-ed in the New York Times on the subject with HHS special agent Erika T. Broadhurst.

Their article, “Why Aren’t Doctors Drug Tested,” addressed the Kwiatkowski case – one man, because of his access and addiction to fentanyl and a lack of oversight, caused forty-five Hepatitis C infections, two deaths, one leg amputation, and one case of liver failure.

“Addicted health care workers need not be physicians to put patients at risk,” Levinson and Broadhurst wrote. “All health care workers with access to drugs, including medical doctors, nurses, nurse practitioners, radiological technicians and surgical assistants, should be subject to mandatory drug testing.”

But to truly get at the root of the problem, drug testing is not enough: “We should also treat addiction as the chronic disease that it is, and get addicted health care workers help. This could prevent some from breaking the law to feed their addiction.”

47 of the 50 states in the U.S. have physician health programs (PHPs), which refer addicted doctors to 90-day inpatient treatment programs. According to Modern Healthcare, a study from the Journal of Substance Abuse Treatment found that “more than three-quarters of doctors who entered a PHP remained drug-free after five years, with 71% retaining their license and employment after five years.”

Since 10-14% of medical professionals will deal with substance abuse problems at some point in their career, according to Modern Healthcare, discovering the most effective way to treat addicts while minimizing risks to patients is vital. Addressing the “conspiracy of silence” amongst medical professionals and de-stigmatizing addiction will go a long way toward ensuring the recovery of addicted healthcare providers and protecting their patients.