Health Net to be acquired by Centene in $6.8 billion merger 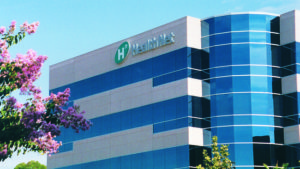 On March 22, 2016, health insurance regulators from the California Department of Managed Health Care approved a $6.8 billion merger between Health Net and Centene Corp, an insurance company based in St. Louis, Missouri. Health Net is the fourth largest insurer in California, after Kaiser Permanente, Anthem Blue Cross and Blue Shield of California.

The transaction passed through the Hart-Scott antitrust process last August. The regulators’ approval came after a December 7, 2015 meeting in which the two health plans explained the merger and the public was able to comment.

The deal also had to be approved by the California Department of Insurance (CDI); though CDI doesn’t have any authority over the two other, larger mergers under review, it does have influence over the Centene-Health Net deal because Health Net is domiciled in California.

The regulators established the following set of requirements for the merger:

“As the largest health plan regulator in California our focus is to ensure the strong consumer protections and financial solvency requirements under the Knox-Keene Act are upheld,” wrote DMHC Director Shelley Rouillard in a press release about the acquisition. The Knox-Keene Health Care Service Plan Act of 1975 is a set of laws that regulate Health Maintenance Organizations (HMOs) within the state. DMHC is the agency charged with administering the regulations and protecting the health care rights of enrollees in health plans.

Some worry that if all three health plan mergers go through, the reduction in competition could lead to higher premiums for enrollees. In a hearing about the acquisition, California Insurance Commissioner Dave Jones argued that premiums have been shown to rise when insurance companies consolidate. Ultimately, however, Jones decided that this merger “provides an opportunity to introduce new capital and new resources” and thus, that it “was in the best interest of consumers.”

But David Balto, from the Coalition to Protect Patient Choice, a group that lobbies against health insurance consolidation, took a strong stance when speaking to reporters from California Healthline. “There’s a long history here and it’s pretty clear,” he said. “Health insurance company mergers result in higher premiums and less choice for California consumers…And this is a market where there is paltry competition at best.”

Insurance companies’ rebuttals centered around the increased efficiency that comes with scale. Advocates of the mergers claim that costs saved by the insurance companies will lead to lower costs for consumers. Further, they argue, increased scale could give them a leg up when negotiating rates with providers and hospitals.

However, Centene and Health Net would not make any promises to limit premium hikes in the future.

A trend of consolidation

With two other mergers – the $54 billion Anthem-Cigna deal, and the $37 billion Aetna-Humana deal – set for public hearings in the upcoming months, consumer advocates are working to make sure that the conditions for both transactions are strict.  The approval of all three deals would be a significant contribution to a trend of consolidation in the health insurance industry.

With the Centene-Health Net merger a done deal, the next two possible acquisitions can only be considered in the context of the previous one. If these three large mergers are all approved in 2016, the landscape of the health insurance industry in California could look drastically different by the end of the year.