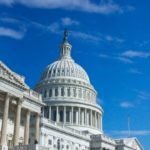 On July 13, 2016, the United States Senate passed the Comprehensive Addiction and Recovery Act (CARA) by a near-unanimous vote of 92 to 2. In the House, the bill had previously passed by a vote of 407 to 5.

Senator Sheldon Whitehouse (D-RI) and Rep. Jim Sensenbrenner (R-WI5) sponsored the bill, which, according to a government summary, “sits at the intersection of criminal justice reform and mental health legislation.”

Earlier in the Congressional session, the two chambers passed different versions of the legislation; CARA, a compromise bill that legislators from both the House and the Senate worked on, bridges those differences. The final compromise bill received bipartisan support.

According to the Centers for Disease Control (CDC), opioid overdose (from both heroin and prescription painkillers) is now the leading cause of injury-related death in the United States. In the last five years, the number of heroin overdoses has tripled.

The use of narcotics for chronic pain (such as back pain) has exploded in recent years, in part due to a highly successful marketing campaign undertaken by Purdue Pharma; when it released OxyContin onto the market twenty years ago, the company claimed the pill was less addictive than its other pain relieving counterparts. Now, that claim has been shown to be false, but in the years since the drug was released, the casual prescription of narcotics for chronic pain has contributed substantially to the addiction epidemic and many overdose deaths. (The history of Purdue’s OxyContin marketing campaign and the subsequent impact on drug use in America is detailed in a Los Angeles Times investigation story titled, “’You Want a Description of Hell?’ OxyContin’s 12-Hour Problem.”)

Some of the specific objectives of the bill include:

The legislators behind the bill believe the passage of CARA is a meaningful step toward taking control of an epidemic that has already ruined too many lives.

“This legislation identifies specific steps that will help us combat addiction and support those in recovery,” said Senator Whitehouse in a press release about the bill,  “and provides the tools needed for states and local governments – in coordination with law enforcement, educators, and others – to take them.  It’s a comprehensive approach to a problem that demands our full attention.”

Individuals working within the states to combat addiction agree. “CARA is the realization of the entire recovery movement,” said Sarah Nerad, Program Manager for the Ohio State Collegiate Recovery Community. “As the most comprehensive effort of bipartisan legislation for addiction recovery support services, CARA is not only a victory for people in recovery, but for a victory for our country.”

The next step for the bill is onto the President’s desk for his signature.