The Comprehensive Addiction and Recovery Act: Can It Have a “Tragic Effect for Families Across Our Country”? 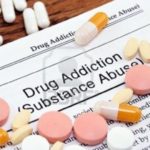 Looking at the bleak statistics, it’s not hard to understand why many people agree that we’re in the middle of a drug abuse epidemic. For example, in 2014 alone, there were more than 18,000 U.S. fatalities attributed to the overdose of opioids. In light of this, it may be surprising to hear that Congress recently passed a bill that, according to objectors, weakens the country’s means for tracking prescriptions of opioid drugs, thereby rendering the country less effective in battling prescription drug abuse.

Prescription drug monitoring programs (PDMPs) are technically nothing new, having been around since the 1930s. Information is collected from pharmacies and prescribers in order to determine whether an individual is “doctor shopping” (concurrently filling multiple prescriptions for the same drug, such as opioids). At the present time, PDMP databases exist in almost every state and the District of Columbia; the lone exception is Missouri, which, citing concerns over privacy, opted not to establish one.

In addition to gathering, analyzing and tracking data, PDMPs also notify prescribers in the event of a patient having prescriptions for drugs that may be dangerous when interacting with an opioid. (For instance, studies have revealed that the combination of tranquilizers and opioids increases the risk of opioid overdose fourfold.)

The newest Comprehensive Addiction and Recovery Act: Does it open doors or put people at risk?

An earlier version of the Comprehensive Addiction and Recovery Act (CARA) included the caveat that states would only receive additional funding for programs that identify individuals potentially abusing prescription meds if the states mandated that doctors reference the database prior to writing a prescription for potentially addictive medication. Lobbying against that prerequisite, physicians defined it as a burden and criticized PDMPs for not consistently being adequately thorough or current. The lobbying succeeded: the final CARA bill supplies the grant funds but does not include the PDMP pre-prescription stipulation.

Gary Mendell is the founder and CEO of the national anti-addiction advocacy organization Shatterproof. “Without this incentive tied to federal grants, legislation at the state level will be adopted slower than it would with grants conditioned upon this requirement,” he says. He also opined that the exclusion of the requirement in the bill could result in a “tragic effect for families across our country.”

A study appearing in June in Health Affairs analyzed prescribing data of Schedule II opioids from 2001 to 2010; it found a 30% drop in prescriptions in two dozen states following the launch of a PDMP.

The existence of a PDMP in a state doesn’t mean the program will be heavily used, however. According to a 2012 report by the U.S. Justice Department’s Bureau of Justice Assistance, approximately 35% of prescribers overall were registered in a PDMP. A bit more encouraging but still not overwhelmingly positive was a 2015 study reported in Health Affairs, citing that just over 70% of the doctors surveyed had an awareness of the monitoring programs in their states, but only a little more than half of those physicians actually made use of them.

“We are in a public health crisis”: Is a national PDMP what the public needs?

Dr. Leana Wen is the Baltimore City Health Commissioner. She states: “Because we are in a public health crisis we need every tool in our toolbox, and requiring the use of PDMPs is an important tool.” Wen further acknowledges that PDMPs could be made easier to use and echoes opposing physicians’ complaints about their incompleteness. Because they typically require a healthcare provider to log onto a system other than an electronic health record one, there’s the potential for data not transferring from one state to the other, leaving gaps in information. Wen believes a single, nationwide PDMP would fix that problem. She’s not alone in that belief. Many have expressed support for a national PDMP.

“We have this national problem and in my mind we have the means for a national solution,” says Tom Bizarro, vice president of health policy and industry relations for the health data firm First Databank. “But we’re still dependent on these individual state programs.”

Despite Gary Mendell’s disappointment in CARA’s final stipulation, he does not believe a national PDMP is the answer. “The technology is already built in the states,” he says. “Within two years every state in our nation can, with highly efficient PDMPs, share data with all 50 states and equally important, have control at the state level that foster innovation that would otherwise be stifled.”

Though CARA has passed, the PDMP book certainly isn’t shut at this point. Just after the bill was adopted, Senators Joe Manchin (D-W.Va.), Amy Klobuchar (D-Minn.) and Angus King (I-Maine) introduced a bill that would bolster state PDMPs by requiring drug dispensers in states receiving federal funding to notify their program within 24 hours of prescribing a controlled substance. Further, to boost information-gathering and accuracy of information, states would be required to make PDMP data accessible in an intrastate system. Under the proposed bill, states would also be required to inform prescribers in the event of a patient potentially abusing opioids according to PDMP data. And physicians would have to check with a PDMP before writing a prescription for opioids.

A report by Shatterproof last spring showed that physicians utilized PDMPs far less in states where referencing it was voluntary—under 15% of the time when prescribing an opioid medication. The American Medical Association (AMA) encourages “the voluntary use of state-based prescription drug monitoring programs (PDMP) when clinically appropriate.”

To date, there are twenty-two states that require their providers to reference PDMPs before writing a prescription for a drug that comes with a high risk of dependency.