CMS to Expand Bundled-Payment Program to Include High-Risk Conditions 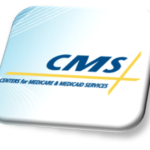 The choice-point of quality versus quantity has become so routine that sometimes we hardly realize we’re making a choice. But thanks to a recent bundled-payment proposal by the Centers for Medicare and Medicaid Services (CMS), the required choice for many hospitals across the country will be value-based care—in other words, quality.

Bundled payments are not a brand-new concept on the healthcare scene; indeed, CMS had already been exploring them as a means for holding providers answerable  to Medicare well after patients are discharged from the hospital. But the recent announcement dramatically broadens the bundling experiment.

The bundled-payment idea boils down to Medicare establishing a target cost for certain medical events. Medicare would continue to remunerate providers according to a fee-for-service schedule, but ultimately, the total cost for treating the entire medical episode would be settled against that original figure. In some cases, hospitals would be able to pocket the difference; in others, they would be obligated to reimburse Medicare.

Proponents say that the bundled approach can not only save the government money, but it can serve to improve national health and save lives. Each year, nearly three-quarters of a million people suffer a heart attack in the U.S. And for over 200,000 of them, it is not the first attack. One-third of deaths in this country are attributed to heart attacks and strokes, with yearly costs exceeding $300 billion. CMS is looking to brighten those statistics by not only bundling payments, but bundling the care, so that providers are incentivized to follow up with certain patients more than they might have otherwise.

Participation in bundled payments will no longer be optional

Before CMS announced its bundled-payment expansion plan last month, hospitals participating in the experiment could choose which services—among a narrower field—were to be bundled. And even then, participation in the program was voluntary (the only exception to this was the joint-replacement program that began on April 1).

In imposing a mandatory element and adding in high-risk procedures or conditions, CMS has dramatically changed the program, in essence challenging healthcare providers to demonstrate that they indeed do want to provide quality care above all else.

Dr. James Caillouette, chief strategy officer for the Hoag Orthopedic Institute in Irvine, California, says of CMS’s new proposal: “They are increasing the risk profile for the hospital and for the treating physicians who are falling within the bundled-payment program. All those involved in healthcare have always wanted the best for their patients. Providers now have a greater amount of skin in the game and risk in the outcome.”

Set to commence on July 1, 2017, the five-year initiative will track bundling in action, taking place in 98 randomly-selected, yet-to-be-announced areas. The program will cover treatment for acute myocardial infarction (heart attack), coronary artery bypass grafts, and fractures of the hip or femur—medical conditions that demand a complicated level of care, and typically involving higher-risk patients. For instance, there is a marked increase in the probability of mortality following a hip fracture (up to eight times greater). And, as the overall heart attack statistics reveal, individuals who suffer one infarction are more likely to have a second attack than the general population.

“Whereas elective primary total hip or total knee replacement is a relatively controlled episode of care,” Caillouette said, “now you have patients coming through the emergency room requiring acute intervention.” He noted that those cases came with a “much higher risk for postoperative complications.”

Dr. Christopher Stanley, vice president for population health at Catholic Health Initiatives (a not-for-profit health system out of Englewood, Colorado) is enthusiastic about the proposal. “It really plays into both our business model and our mission,” he said. CHI, with more than 100 hospitals in 19 states, began participating in the voluntary Bundled Payments for Care Improvement initiative in October of 2013 when it opted for payment bundling for lower-extremity joint replacements at several facilities.

Stanley reports that in the nearly three years since, CHI has discovered a great deal about what bundling entails: the value of data analysis to assess strengths and weaknesses, the importance of establishing partnerships with health agencies and community providers, and the push to challenge the prevailing belief that physicians’ responsibilities end at patient discharge. That experience certainly prepares CHI for the mandatory bundled-payment program ahead. “We’re not starting from scratch,” he added.

Dr. Paul Casale is the executive director of New York Quality Care—an accountable care organization—and chairman of the American College of Cardiology’s task force on the Medicare Access and CHIP Reauthorization Act (MACRA). “Some have gained a lot of experience and are certainly ready for this,” he said. Referring to the fact that the bundling proposal won’t become active until next summer, he added, “That should provide time for systems to start putting the infrastructure together.” He noted that if a patient suffers a myocardial infarction, physicians would realize that the patient’s odds of presenting with additional symptoms down the road, or even another heart attack, are elevated. “The bundled program is an opportunity for enhancing care for patients with underlying cardiovascular disease.”

Although the thought of mandated involvement might not conjure a bright future for bundled payments, the reverse may be true in reality, thanks to another proposal by the CMS: it proposed that bundled-payment programs should meet the advanced alternative payment model criteria under MACRA, which, on a practical level, means that healthcare providers taking part in them would be permitted to exempt themselves from the law’s quality-framework guidelines and would also qualify them for a bonus on the fee-for-service portion of their payment. So it’s not a stretch to think that providers might request that CMS develop bundled stipulations in other areas of medicine too.