City of LA Narc-ing on Medical Marijuana Collectives: Will Provide Feds with List of Targets 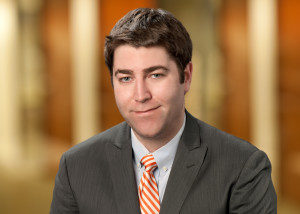 In what appears to be a new “partnership” in the fight against medical marijuana dispensaries, Ms. Usher revealed the City of Los Angeles “welcomes” the new enforcement action, stating the City plans to help “identify appropriate locations for targeting.” It should not come as a surprise that the City is embracing federal assistance.  Even with a temporary ordinance in place that bans unregistered collectives, the City has been unable to stop new dispensaries from popping up daily.

U.S. Attorney Duffy warned that her office is targeting “for profit retail marijuana stores” only. In contrast to the terminally ill patients who were the intended beneficiaries of Proposition 215, Ms. Duffy claims that her targets are primarily serving “healthy young people who have gone out and paid for doctor’s recommendations,” including “youths and recreational drug users.”  She claims never to have encountered a single case where one of her targets was serving a terminally ill patient.

Enforcement is threatened to begin within 45 days.  Ms. Usher had the following ambiguous warning for collectives:

“If you are appropriately following state immunity and you are collectively cultivating, you are not selling, you are a qualified patient or a primary caregiver for a qualified patient, meaning you have a doctor’s recommendation and you have a chronic illness for which this is helping,  you will not be targeted.  But if you are the kind of grower who is actually a drug trafficker in a commercial setting, beware, because the federal government has joined us today in the fight.”

Further, even though California law contemplates non-profit transactions between collective members and the City has imposed a tax on dispensaries, the City has repeatedly taken the position that all collectives are engaged in illegal sales when they accept money in exchange for marijuana.  To complicate matters even further, recent actions by the LAPD suggest the City does not seem to be able to differentiate between collectives operating for profit and those operating as not-for-profit entities.

Despite the City’s assurances that collectives in compliance with California law will not be targeted, the City’s past actions suggest that every collective and cooperative is potentially at risk for enforcement.